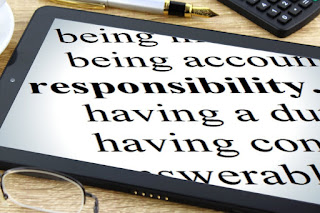 Bob (Manager): Hi, Frank! I'll be leaving in about 15 minutes, but here is a list of things I need you to do on your shift. Please make sure all employees are on task. If they are not, you need to have a training meeting with them and do all the documentation for that. Also, Jackie needs to be fired, so please take care of that. Thanks. I'll see you tomorrow!

Frank (on the phone with his wife): Honey, I need to find a new job. Bob, the manager has done it again. The company needs to fire an employee and he just passed the buck to me, like he does every time. He is the manager and he always requires me to do the difficult or unpleasant things. I've had to fire 2 people in the last year, and he's had to do it himself. 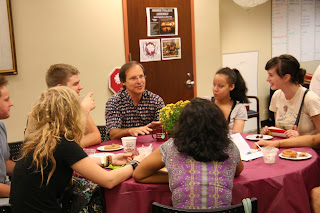 Teachers talking together during lunch

Teacher 1: I received a warning notice from the Principal this morning.

Teacher 1: It seems that the parents of one of my students called to complain about me. They claimed that their son Billy isn't getting good scores on his weekly spelling tests because I am not reviewing or teaching him well enough.

Teacher 2: That's ridiculous! I did my training with you and I know for a fact that you work hard to teach your students everything they need to know! I really wish parents would stop passing the buck to teachers and start spending more time helping their own children.

Use the preposition to to indicate who now has blame/responsibility.
Ex: Bob passed the buck to Frank; Parents tend to pass the buck to teachers.

In context #1, an employee needs to be fired. Firing an employee is generally a negative and difficult thing to do. Bob did not want to do this, so he assigned this task to Frank even though Bob is the manager.
In context #2, a student's parents are not satisfied with their child's test scores and say it's the teacher's fault. NOT the student's fault and NOT the parent's fault. 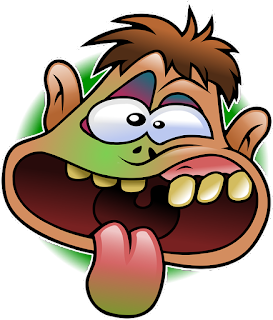 Jackson and I were having a wonderful time at the LA County fair a couple of weeks ago. It's such a fun place to experience many different things about American culture. One of the most famous parts of the fair is the food. They have deep-fried everything! Deep-fried Oreo cookies, deep-fried butter, deep-fried nachos, it's incredible! I didn't want to miss my chance at this unique experience, so Jackson and I tried many different things. I even ate a fresh and colorful salad to try and balance out my meal. Near the end of the night, we were riding roller coasters, and lots of spinning rides. All the fried foods were making my stomach ill. I was very nervous walking back to the car at the end of the night because my stomach was so sick. Right before we reached our car, I sprayed some poor stranger's car with my technicolor yawn. It was quite disgusting and Jackson was really shocked. I was so embarrassed, but I felt so much better after that.

Choose a verb to show an action: