Idiom: You can’t teach an old dog new tricks -  You cannot make people change their habits or character; it is very difficult to change the way a person does something when they have been doing it the same way for many years 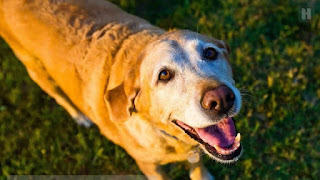 Context #1
Students are in English class

Terry: Hi, Sal. What’s wrong?
Sal: Oh, hi Terry. I’m just really tired. I’ve been trying to show my grandpa how to use his new smartphone, but he is really being stubborn.
Terry: What do you mean? Smartphones are great!
Sal: Well, he wants to return his smartphone for an old-fashioned flip phone. He says that he cannot even use the smartphone. It’s too hard!
Terry: Well, he is not used to that new technology, so it’s all probably confusing for him. You should probably just let him get an older phone he knows how to use.
Sal: I guess you’re right. You can’t teach an old dog new tricks!
Terry: Yes. He will be much happier with a phone he actually knows how to use. 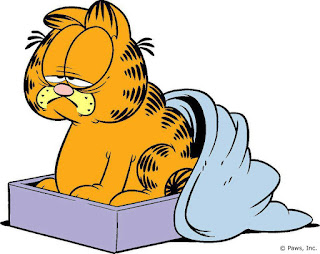 Sara:  I’m so tired!!
Pat: Why? You aren’t working full-time right now.
Sara: Well, my fitness coach told me that I should start getting up really early around 6 AM. He told me I would feel much better and get more things done.
Pat: What time do you usually get up?
Sara: 10 AM or so. I’m a night person. I love staying up late!
Pat: Well, if you are used to getting up at 10 AM, I don’t think you are going to be able to get up at 6 AM every day, especially right away.
Sara: I guess you are right. You can’t teach an old dog new tricks. Perhaps I’ll compromise and get up at 9:30 AM instead!

Meaning: “You can’t teach an old dog new tricks” means that you cannot make people change established habits of behavior or character. In Context 1, Sal’s grandpa cannot use a smartphone, no matter how much Sal tries to teach him. In Context 2, Sara thinks she can start getting up much earlier than she is used to getting up. In both contexts, it is too difficult to change their habits.


Visit our website: languagesystems.edu
Posted by Michelle at 5:12 PM 4 comments:

To let the cat out of the bag

Idiom: to let the cat out of the bag – to reveal or tell secret information by mistake, to reveal facts that were hidden before, to let a secret be known without intending to 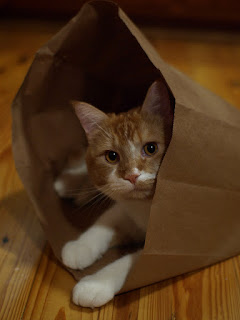 Three Friends are talking about a surprise party next Friday

Dan: Hey, Juan! Did you hear about that surprise party on Friday night? It’s supposed to be really big! Everyone is going.
Juan: Really? No, I haven’t heard about it at all.
Debbie: Come here, Dan! You just let the cat out of the bag! How could you?
Dan: What do you mean?
Debbie: It’s a surprise party for Juan’s birthday. He doesn’t know about it because it’s supposed to be a surprise!
Dan: Oh, I see. Sorry about that. I guess he knows now.

Two Co-Workers are talking during a break

Sami:  Hi, Petra. Congratulations on the promotion! I’m really happy for you.
Petra: What? Promotion? I have no idea what you are talking about.
Sami: Umm…our manager hasn’t talked to you yet?
Petra: No. I haven’t seen him today.
Sami: Well, I think I let the cat out of the bag. You got a really big promotion because of all the great work you have been doing recently. Everyone knows about it.
Petra: Ha, ha! Everyone, but me! Well, that’s OK. At least it was something good!

Meaning: To let the cat out of the bag means to tell someone a secret without intending to.  In Context 1, they are planning a surprise party for Juan and Dan accidentally tells Juan about his party. In Context 2, Sami tells Petra about her promotion before she even hears it from her boss.


Visit our website: languagesystems.edu
Posted by Michelle at 2:53 PM 2 comments: