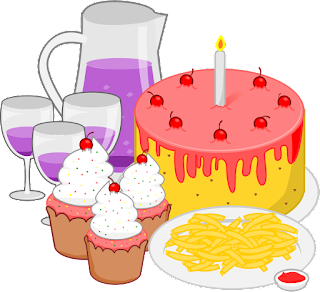 Context #1
Matt and Pete are about to leave for a party.

Matt: Are you ready for the party?
Pete: Oh yeah! I’m starving!
Matt: What? Really?
Pete: Yes! I haven’t eaten all day. I’ve been waiting for the party so I can pig out!
Matt: Ah, Pete: I don’t know if they will have food. I hope you know that this party we’re going to is a political party. 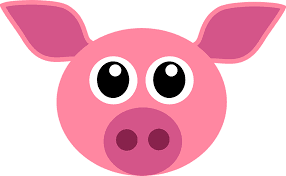 Context #2
Melinda sits in front of many empty plates and used napkins. Janet approaches her.


Janet: How was dinner, Melinda?
Melinda: Delicious! Too delicious! Look at how much I ate. I can’t eat another bite.
Janet: Too bad you pigged out on dinner because this restaurant has the best desert in the world!
Meaning: To eat a lot, to eat more than expected. We think of a pig as an animal that never stops eating. When we use “pig out” with a person, we basically say that person “eats as much as a pig.” “To make a pig of” oneself is another

Visit our website: languagesystems.edu
Posted by LSI at 12:08 PM 2 comments:

Meaning: A display of an emotion that is not real; or showing an emotion but not feeling that emotion. If a person is not sad but wants to look sad, he or she will shed crocodile tears, meaning that person is acting sad rather than feeling sad. People often use the verbs “cry,” “shed,” or “weep” before the idiom crocodile tears. 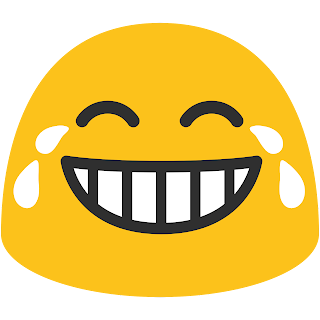 Example 1: Shasta worked at an awards show the night before her conversation with Jean.

Jean: Did you watch the Tuney Awards last night?
Shasta: Oh, I didn’t tell you? I worked backstage at the Tuney’s!
Jean: What?! No, you didn’t tell me! Did you meet Darlene Lafleur?
Shasta: Yeah, I met her.
Jean: What a lovely person! I thought her speech after winning best song and best new artist was so…heart-felt! And she was so surprised that she won. What a humble woman! I’m glad she brought tissues to the stage for her tears.
Shasta: Um, she brought tissues to the stage because she had prepared to cry. Those were crocodile tears. Just before she appeared on stage I heard her say, “Everyone out there knows I’m going to win. Those other artists are terrible. I can’t believe they even showed up.” 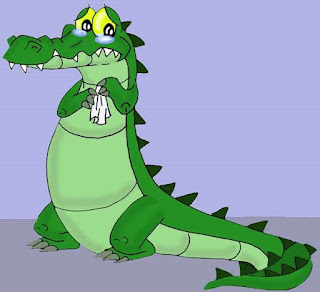 
Police have arrested and charged John Dalia with the murder of his co-worker Kevin McDonald. Police claim that Dalia waited for McDonald outside his home and attacked him as he was leaving for work. Dalia wiped tears from his eyes as he spoke to the press this afternoon: “I did not kill Kevin. He was my friend. I loved that man and would never hurt him.” Dalia’s co-workers, however, claim he was crying crocodile tears: “John never had a nice thing to say about Kevin; but John’s wife did!”