A bee in her/his/my bonnet 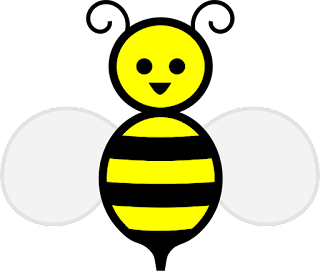 Debbie has been really unhappy recently. I thought she was just busy and maybe a little stressed out. It turns out she’s had a bee in her bonnet about something I said to her last week. She was complaining that she never has money. She goes to school full time, but she still has a lot of free time, so I suggested she get a part-time job instead of going to so many parties. Apparently, she didn’t like that and has been mad at me since then. I was just trying to help! 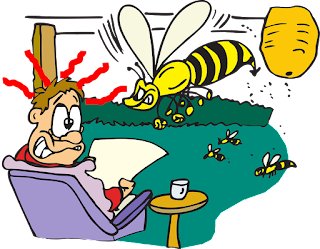 I really don’t like when people borrow something and “forget” to return it. That has always been a bee in my bonnet.

Imagine wearing a hat (a bonnet) and then imagine a bee inside your bonnet! You would certainly not be comfortable or calm. This expression is generally used to talk about negative feelings. There are a few ways to use a bee in my/his/her bonnet.

In example 2, the speaker explains that it bothers them when borrowed items are not returned; this is a bee in their bonnet.
Use the verb have to show angry.
Debbie HAS a bee in her bonnet. Debbie is angry.
Use the verb be when talking about something that bothers you.


Littering on the street IS a bee in my bonnet. I don’t like littering.

To talk one's ear off 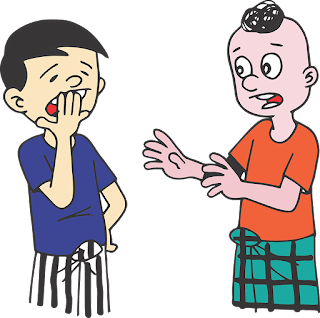 Idiom: to talk one's ear off ; used as a verb

Christine: How was the party last night?
Stanley: Ugh. It was horrible.
Christine: Really? What happened?
Stanley: Well, I went because I wanted to network. There were a bunch of industry people there. But I met this one guy named Prince, and he talked my ear off all night. I couldn't get away from him.
Christine: Couldn't you excuse yourself and just not go back to him?
Stanley: I couldn't get a chance to talk! I even excused myself once to go to the restroom, and he followed me!

Meaning: The expression "to talk one's ear off " means to talk to someone excessively. In the above example, Stanley says Prince "talked his ear off" at a party, preventing Stanley from meeting other people. 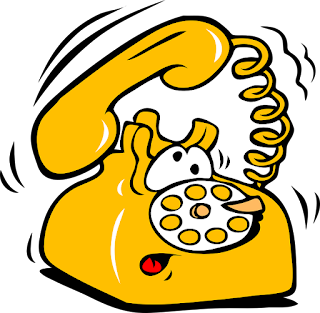 George: Your phone is ringing.
Tracy: I know. It's my mom. I don't feel like answering.
George: Why not?
Tracy: We're hanging out. If I answer, she'll talk my ear off, and you'll eventually get bored listening to me say "Uh huh" and "Yeah" for an hour.
George: Can't you just tell her you'll call her back?
Tracy: Ha! No, then she'd be offended. It's better if she leaves a voicemail, and I'll call her back later.