A Bull in a China Shop

Idiom: A bull in a china shop: behaving like a clumsy or careless person and causing damage in situations that require careful thinking or actions. 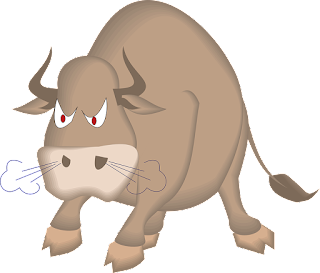 
Mitzi: Hey, Valerie! How did it go yesterday at Mrs. Christensen’s penthouse? I heard it’s really gorgeous and full of expensive furniture and art.
Valerie: It was an absolute disaster. I’ll be lucky if I still have a job when the boss finds out about my visit.
Mitzi: Why? What happened?
Valerie: Well, my babysitter was sick yesterday, so I had no choice but to take along Jason, my three-year-old son.
Mitzi: Oh, no!
Valerie: Oh, yes. As you know, he is a very active little boy. He was like a bull in a china shop. He caused so much damage by knocking stuff over and breaking her expensive things.
Mitzi: I’m so sorry, Valerie. Maybe the boss will understand. I’ve heard she has children, too.
Valerie: Well, I hope so. I’ve offered to pay for all the damage Jason caused. 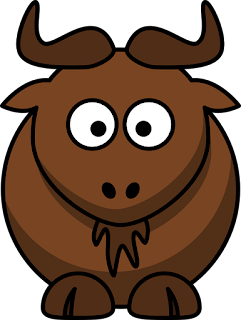 Cassie: I can’t believe how Sherry acted during our class meeting!
Tabitha: I know! Didn’t anyone tell her that the situation was delicate and that we had to be careful with our complaints to the teacher?
Cassie: I told her that we needed to be careful. Mr. Johnson is a good teacher, but he just needs to talk slowly and write more on the board. We didn’t want to hurt his feelings.
Tabitha: Well, she obviously didn’t listen. Sherry was like a bull in a china shop and just went on and on complaining about every little thing Mr. Johnson does. I thought he was about to cry!
Cassie: She was careless with her words, and I think she messed everything up even more.
Tabitha: I’m going to go talk to Mr. Johnson now and tell him that Sherry doesn’t represent us.
Cassie: Good idea. I’ll go with you.

Explanation: “A bull in a china shop” is used for a person who breaks things or who often makes mistakes or causes damage in situations that require careful thinking or behavior. In the first context, Valerie’s 3-year old son caused a lot of damage in the penthouse apartment full of expensive things. In context 2, Sherry complained very carelessly about the teacher when everyone had agreed to be careful and respectful in their criticism. Therefore, Sherry behaved carelessly, or like a bull in a china shop.

Posted by Michelle at 2:39 PM No comments:

A miss is as good as a mile

Idiom: A miss is as good as a mile - A near miss is still a miss and is no better than missing by a big margin. In other words, losing is still losing. 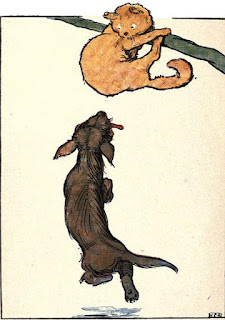 Timothy: Hi, Samantha. What’s wrong?
Samantha: I feel so bad because my basketball team played for the championship last night and we lost. It was our big chance and we failed!
Timothy: What was the final score?
Samantha: It was 82-83 in overtime. We missed a free throw at the very end and the other team won by a point.
Timothy: Well, it sounds like the game was really close and your team played well.
Samantha: Does the score really matter? A miss is as good as a mile. Losing a game by one point is still losing.
Timothy: I see your point.

Sal:  Good Morning, Mr. Smith. I’m so sorry I’m late.
Mr. Smith: This is the third time in a week, and we really needed you today in the meeting. Everyone else from the department was there.
Sal: I only missed the train by one minute! It was pulling out of the station just as I arrived. I almost made it. So then I had to wait another hour for the next train.
Mr. Smith: Well, a miss is as good as a mile. Being late for the train one minute is the same as being late an hour. You still missed it. You need to make a greater effort to be on time.
Sal: You are right. It won’t happen again.

Meaning: A close miss is still a miss, even if it’s only by a small margin. In context 1, Samantha’s basketball team lost the championship by 1 point, but they still lost, so the margin didn’t really matter. In context 2, Timothy only missed the train by one minute, but he had to wait one hour for the next train. Therefore, there was no difference in missing the train by one minute or one hour. He was still late.