To Pull Out All The Stops

Idiom: to pull out all the stops.
Example:
LSI Teacher:  The United States of America’s Independence Day is on July 4th and it is the celebration of the adoption of the Declaration of Independence on July 4, 1776. This day is also known as the Fourth of July. Celebrations usually pull out all the stops, with barbeques, parades, carnivals, concerts, baseball games, and fireworks. There are a lot of fireworks and each city usually puts on a firework show at night. Hollywood studios typically save their biggest movies of the summer for the Fourth of July weekend. So, get ready for some amazing fireworks, barbecues, and movies to fill your weekend! 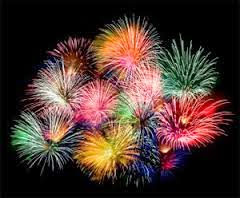 Bob: I’m so excited for the game this Friday! I went to Party City and bought a bunch of decorations for my house. I also made a deal with the local sandwich shop to cater my party for a really low fee.

Ken: Wow! You are really pulling out all the stops, aren’t you?

Bob: I guess so. I know that when I went to my friend’s house to see another game last week, she really pulled out all the stops and even had a live band play after the game.

Ken: Well, that will be hard to match, but it looks like you and your friends will have a good time.

Bob: We will have a better time if our team wins!

Meaning: To pull out all the stops means to do everything you can to make something successful. In the first example, the teacher is talking about how everyone celebrates the 4th of July. In the second example, Bill is pulling out all the stops in order to make a successful party.

Posted by Michelle at 3:18 PM No comments:

To Be or Get Fired Up 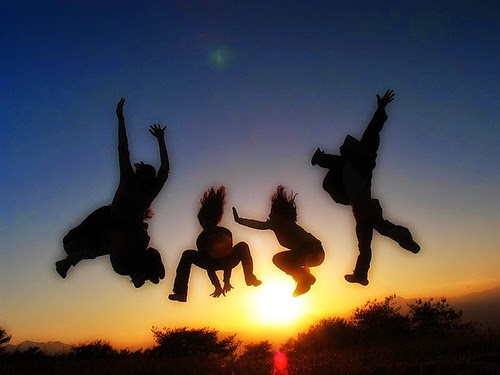 Idiom: to be or get fired up.
Example:
Nikki: Oh my goodness! That game was so exciting! In the end, there was a penalty shootout between the teams, but we
won 3 - 2.

Ned: I know! I saw the game on TV!  Everyone is really fired up about the World Cup now that it is getting toward the end.

Nikki: I know! I hope we make it to the finals. That would be amazing!
Ned: Well, the team is certainly good enough!
Bob: What’s wrong? You look really sad.

Ken: Well, I’m not sad, but I’m a little frustrated with my roommates. I absolutely LOVE soccer and I am so fired up about the World Cup. I have been trying to have some parties at our house whenever there is a big game and I just want a little support from my roommates.

Bob: OK. So what exactly is the problem?

Ken: My two roommates don’t care at all. They don’t get fired up about anything. They just sleep all day, don’t help me at all, and loudly complain about how boring soccer is during the big games. They don’t even know anything about the games or the teams!

Bob: Well, I agree that they should not complain about it being boring, but you really cannot expect them to be fired up about a sport they are not interested in.

Ken: I guess you are right. But at least they could be a little more supportive.

Posted by Michelle at 1:06 PM No comments:

Email ThisBlogThis!Share to TwitterShare to FacebookShare to Pinterest
Labels: games, teams, to be excited, to be fired up, World Cup
Newer Posts Older Posts Home
Subscribe to: Posts (Atom)