To Pull Something Off


To pull something off: to succeed in doing something difficult or challenging 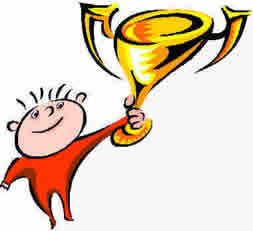 Taka: I just took the official TOEFL test and it was so hard! I’m really tired.

Sarah: Really? Why did you take it so early? You’ve only been in TOEFL class for a month.

Taka: Yes, but in order to get accepted to the University of Oregon, I have to submit my score earlier than I first thought. So, I had to take the TOEFL test now.

Taka: Well, I’m not sure. I’ve been studying pretty hard in class and I think I’ve really been improving. Even though the test was hard, I think that I pulled it off and will get the score I need to go to university.

Sarah: Wow! That’s great! I wish that I could pull something like that off. I’ve been in TOEFL class for three months and I still don’t think I can get the score I need.

Taka: I’m sure you will soon. Just study hard and be positive.

Sarah: Thanks for the advice!

Ken: So, we had a huge 30th surprise birthday party for my sister last weekend. We had over 100 people in the restaurant with decorations. On top of that, we had to keep it a secret so that it would be a surprise for her. I really didn’t think we could pull it off.

Jackie: So how was it? Was she surprised?

Ken: Actually, I think everything was great. She was really surprised and everybody had a great time. In the end, I really think we pulled the whole thing off!

Jackie: Well, I’m glad it turned out to be a good party. What a nice thing to do for your sister!

Ken: Yes, we are really close and I wanted to do something special for her birthday.

Meaning:
To pull something off means to succeed in doing something that is initially difficult or challenging. In the first example, Taka wasn’t ready to take the TOEFL test and get the score he needed to go to university. However, in the end, he pulled it off and got the score he needed. In the second example, Ken planned a big surprise party for his sister with about 100 people attending. At first, he didn't think he could keep it a secret, but in the end, Ken pulled it off and had a successful surprise party.