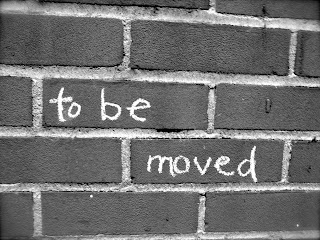 To be moved: to be affected emotionally

Taka: I just saw that new movie everyone has been talking about!

Sarah: Really? You mean the one with that child actor, Josh Roberts?

Taka: Yes, he really did a wonderful job acting. The movie is about a boy who is blind, but learns how to do amazing things. I was really moved in many of the scenes in the movie. In fact, I even cried a couple of times because his acting was so powerful.

Sarah: Wow! I didn’t think it was possible for a 10 year old child to act so well in a part like that, but I heard that he has been nominated for many awards.

Taka: I know! I saw him accepting an award on TV last night and I was even moved by his speech! He thanked his parents and sister. He seems like such a nice boy.

Taka: Yes, it’s hard not to be moved when a child is so talented and speaks so well.

Ken: What’s a matter, Jackie? You look so sad!

Jackie: Today was my last day teaching TOEFL at LSI. I’ve decided to go abroad and teach ESL in Korea.

Ken: OK. So shouldn’t you be happy and excited?

Jackie: I am excited, but I’ll miss my students a lot. Today, they gave me a card and a homemade cake at the end of class. I was really moved by their kindness. They were a great class and many of them are my friends.

Ken: I know that can be hard leaving one place and going to another.

Jackie: I was so moved that I started crying and just couldn’t stop!

Jackie: Yes, I know. And I have a lot of really good memories.

Meaning:
To be moved means to be affected emotionally by something or someone. In the first example, the movie and the child actor really moved Taka. In the second example, the going away party the TOEFL class gave Jackie really moved her.