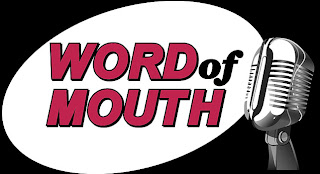 Idiom:  Word of Mouth; used as a noun, usually as the object of a prepositional phrase.

First Example:
“Before newspapers were invented, news was spread by word of mouth.”

Meaning:  Word of Mouth refers to information that was obtained via gossip spread by spoken communication.  In this example, the primary method in which information was disseminated was primarily through verbal communication.  In other words, before newspapers were invented, people would find out about current events through gossip, rumors, or other verbal forms.  This idiom can apply to any situation where information can be obtained through verbal means.  This idiom is most often used as an object for the prepositions, “by” or “through”.

Second Example:
“The rumor that Cynthia had been cheating on her boyfriend was spread through word of mouth.”

This idiom is from the book "The Idiom Adventure – Fluency in Speaking and Listening," which is used as supplementary material in LSI’s Intermediate Conversation classes.