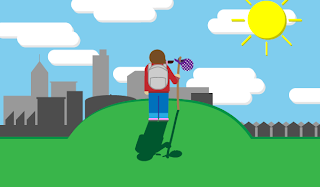 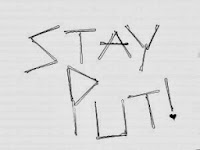 First Example:
“Small children usually have so much energy and can never sit still for very long.  You should not expect your three year-old to stay put for very long.”

Second Example:
“If you ever become lost while hiking in the mountains, it is generally a good idea to stay put until help arrives.  It might be more difficult for people to find you if you continue to move around without any sense of direction.”

Meaning: In this case, the idiom, Stay Put, is used to express the advice that you should not move around if you ever become lost.  It is generally easier for search parties to find a lost hiker if they are still in the general area where they had originally intended to go.  In this example, the idiom is being used as a verb.

This idiom is from the book "The Idiom Advantage – Fluency in Speaking and Listening," which is used as primary material in LSI’s Advanced Conversation classes.