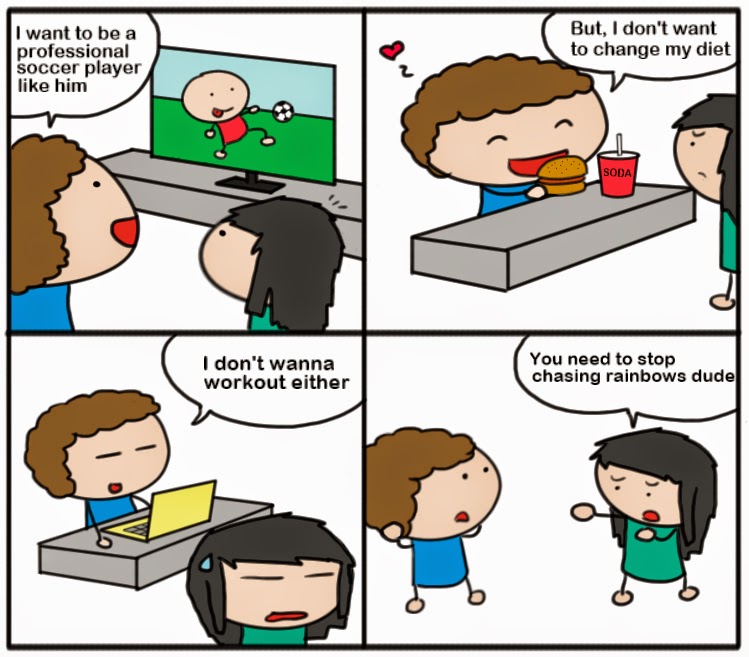 Example 1: Sarah is so beautiful and talented! I sometimes dream about what life would be like if she were my girlfriend. I'm too shy to talk to her, but even if I could, I know I would just be chasing rainbows. There's no way she would be interested in me.

Example 2: My friend is always trying new "get rich quick" schemes. She spends a lot of her money on lottery tickets and workshops that promise to help people achieve wealth in a short time. I try to help her be realistic and tell her that she is just chasing rainbows. Some people can get lucky and win the lottery, but most people won't.

Meaning: A rainbow is a beautiful arc of color that appears after the rain. A rainbow cannot be touched or held in your hands because it is merely a visual phenomenon created by the sunlight's effect on water droplets in the air. Therefore, when someone chases rainbows, this person is chasing/going after something that is impossible or unrealistic.

www.languagesystems.edu
Posted by LSI at 12:59 PM