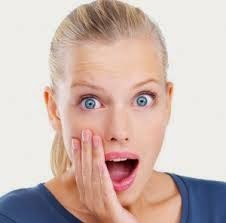 Idiom: “to be floored”
Meaning:  To shocked, surprised, or overwhelmed by something

Jenny: Hey, Johnny! Did you hear that Jane and Craig are getting a divorced?

Johnny:  No, I haven't heard that.

Jenny: Yes, apparently Craig found out that Jane has been having an affair with the next door neighbor! I was absolutely floored when I found out. They seemed like the perfect couple.

Sarah: Guess what? Timmy won the lottery! I was just floored when I heard the news.

Jacob: Wow! That’s great. How much did he win?

Sarah: I think over a million dollars.

Jacob: I bet he was floored when he found out.

Sarah: Yes, he was. I think he still can’t believe it.

Meaning: “To be floored” means to be really shocked is floored by the news. In example 1, two people who seemed like the perfect couple are getting a divorce because of an affair.  Jenny cannot believe it and she is really shocked. In example 2, the two people are talking about their friend who won the lottery, which is very unusual and surprising.