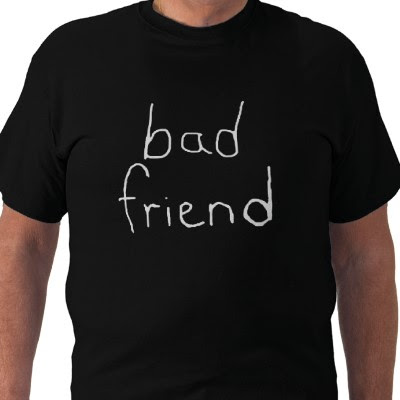 Kirk: Yeah. We're taking the same English class, and I didn't finish my essay because we were out this weekend.

Maria: So why are you mad at Daniel?

Kirk: Well, I told the instructor I was sick this weekend, and asked for an extension, which he said yes to. But then when he went to collect the paper from Daniel, Daniel said he didn't have it because he and I were out partying all weekend.

Maria: He said your name?

Kirk: Yeah. So the instructor called me up and said I couldn't turn it in late after lying to him, all because Daniel ratted me out.

Jennifer was interested in dating Tom, a new guy in her class. Tom was cute, intelligent, funny - everything she could want in a boyfriend. She told her roommate, Stella, all about Tom, asking for advice in what she should do to get his attention. The next day, Jennifer saw Stella talking to Tom outside of her class. When Jennifer asked Stella about it, Stella told her that she and Tom were going out on a date this weekend! With friends like Stella, who needs enemies?

Meaning: Used to describe a bad friend, or a friend who betrays the speaker. Used when comparing a friend's actions to something an enemy might do.