Idiom: Cutting Edge
Meaning: The most modern or advanced point of something, at the forefront, newest, up-to-date, the leading or most important part of a movement , leading edge; commonly used as both a noun and adjective 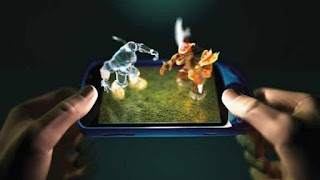 Context #1 – Belinda and Sal are studying
Sal: This new phone is great for studying. While reading this book on my phone for class, I can look up unknown words instantly with one tap, write notes with a stylus in the margins, and quickly find commentary and explanations on the internet. I don’t even need a computer.
Belinda: Wow, that’s nice! I do a lot of studying on my iPad. I can’t imagine what it was like before all this cutting edge technology.
Sal: I know! Can you imagine reading a book and then looking up the words in a paperback dictionary? That would take forever!
Belinda: Well, my grandma says she will never go back to the way it was before. She is on the cutting edge of technology, despite her age!
Sal: Good for her! I cannot imagine it any other way.

Context #2 – Daphne is asking about Cecil’s new watch
Daphne: Is that a new Apple Watch?
Cecil: Yes, it is. My parents gave it to me for my birthday.
Daphne: That’s so cool! You are on the cutting edge of technology and fashion with such a nice looking watch!
Cecil: Thank you!

Check out this video for more examples of cutting edge technology!