To Lose One's Train of Thought

Idiom: To lose one's train of thought means to forget what one was talking or thinking about. 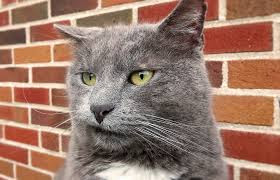 Mitzi: Ms. Cranston is so strange! Did you see what happened today?

Valerie: No, I wasn't in class today. What happened?

Mitzi: So she was in the middle of giving the lecture. A student in the front raised his hand and asked a question. It seemed like the student's question made Ms. Cranston lose her train of thought because after she answered the student's question, she just stood there for like two minutes saying nothing and staring into space. It was so weird!

Valerie: Mitzi, you are new in the class. I had Ms. Cranston last year and she always loses her train of thought when students ask questions. She can't seem to get back to where she was in the lecture.

Mitzi: Really? Wow, that's too bad for her. Maybe we should try to help remind her when this happens.

Valerie: Well, you could try!

Context #2: Two friends are talking about a weekend trip

Cassie: Hi Tabitha. How was your weekend?

Tabitha: Oh, it was great! Tom and I went camping in the woods and we had such a strange experience at night. It was late and we were setting up the tent and getting ready for bed. Tom had just finished putting away our hiking gear when...... 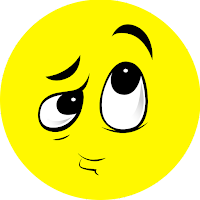 Cassie: Wait a minute! Where did you go camping? Was it near here or did you have to drive far?

Tabitha: What? No, it was at Mt. Baldy which is not very far away. Ummmm.....Oh Cassie, don't interrupt. Now I've lost my train of thought. What was I saying?

Cassie: You were saying that you were getting ready for bed and Tom was putting away the hiking gear.

Tabitha: Oh, right. He was putting away the hiking gear when all of a sudden we heard a loud noise and then a growl! We saw a bear right there in front of us and we were so scared. But then the bear just turned around and went back into the woods.

Cassie: Wow! You were lucky!

Visit our website: languagesystems.edu
Posted by Michelle at 1:19 PM