To throw shade on/at someone - to publicly show disapproval, disrespect, or dislike for someone but often in an indirect way 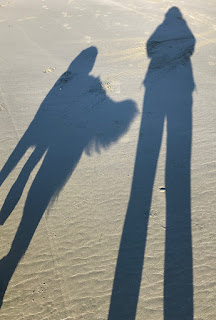 Context 1: Two friends are talking about Hollywood actresses
Kendall: Did you hear what Reese Witherspoon said when she accepted her award last night? She totally threw shade at Kim Kardashian.
Dina: No, what did she say?
Kendall: She said that it is possible to make it in Hollywood without doing a reality show, and if you ever made a sex tape, you should be embarrassed about it!
Dina: Woah!
Kendall: Yes, and of course everyone knew who she was talking about.
Dina: I think actresses like to throw shade at each other!

Context 2: Two people watching a talk show on TV
Chris: Wow! That little 5-year old is throwing shade at the President of the United States!
James: Oh, I wasn't watching. What happened?
Chris: Well, this kid knows everything about geography and can recognize any country's shape or flag, even the smallest country far away.
James: OK. But what does that have to do with the president?
Chris: The kid was drawing a bunch of different countries and when it came to Russia, he drew a picture of the president on it!
James: Woah. Even a 5-year old is aware of all the drama in the white house, but his parents probably helped him throw shade at the president!

To see the original video, click the link below: