To Put on Weight 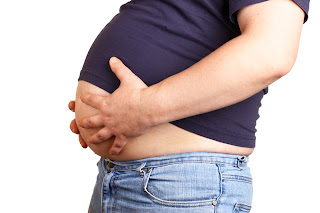 Idiom:  To Put on Weight; used as a verb.

First Example:  During the holidays, it is customary for many Americans to have to a big family dinner that includes a big turkey and numerous rich desserts.  Because of all of this rich food, a lot of Americans tend to put on some weight during the holiday season.

Meaning:  To Put on Weight means to gain weight or to get fat.  In this example, it is common for a lot of Americans to eat big family dinners especially during Christmas and Thanksgiving.  Because they eat so much food at this time, it is common for a lot of people to gain weight during the holidays.  This idiom can apply to any situation where someone wants to point out that someone has gained weight in a non-offensive manner.  The idiom is most commonly used as a verb.

Second Example:  I haven’t seen Elizabeth for a long time.  I heard that she had really put on weight after she gave birth to her first son.

Meaning:  In this case, the idiom, To Put on Weight, is used to point out that Elizabeth had gained weight after her first pregnancy.  It is common for most women to gain weight after they have had their first child.  In this example, the idiom is being used as a verb.