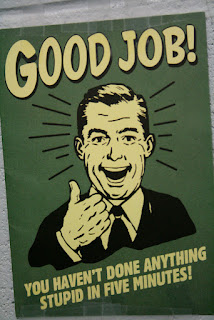 Brad: Oh, hi. I’m just getting ready to go out with my girl.
Vinnie: Nice, dude. Is she in our class?
Brad: Yeah, it's Samantha.
Vinnie: What? Samantha is my girl.
Brad: Well, not anymore.
Vinnie: No way! She would never go out with a guy who looks like you. You’re so ugly, you have to sneak up on your mirror so you don't scare yourself.
Brad: That's a really bad joke. You are dissing me because you’re just mad that Samantha is with me now.
Vinnie: I’m not joking. If you really want a joke, look in the mirror.
Brad: You can keep dissing me, but Samantha is a with a real man now, Vinnie!

To diss someone: a shortened version of “disrespect,” to purposely disrespect someone, to put someone down, to insult someone 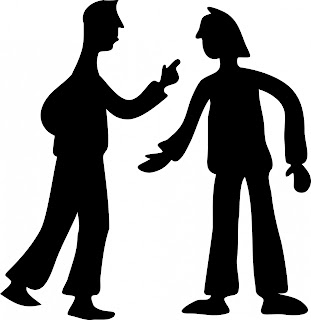 Katrina: What’s wrong Cindy. You look sad.
Cindy: Oh, hey Katrina. I don’t know what to do. This woman at work is dissing me like every day. And I’m not good with a comeback.*
Katrina: Why don’t you tell her to stop? What does she say?
Cindy: She is so subtle about it that I look foolish if I tell her to stop dissing me. She will say things like “Oh no, Cindy, you look so pale today. Are you OK?” She said this to me after I came back from a Hawaii vacation and I looked great with my tan.
Katrina: Well, she is obviously just jealous. Why don’t you diss her back? The next time you see her, get a look of surprise on your face and say something like, “Was anyone else hurt in the accident that did this to you?"
Cindy: Ha, ha, ha!! That would be so funny, but I could never diss someone like that.
Katrina: OK. Well, I guess you will just have to ignore her every time she disses you. Instead, pretend you are talking about her until you have her attention and then just ignore everything she says!
Cindy: Sounds good to me!

Meaning: "To diss someone” is short for “to disrespect someone.” It usually involves insulting someone directly or indirectly. In context 1, Vinnie and Brad are both dating Samantha, so Vinnie starts dissing Brad by insulting his looks. In Context 2, Cindy is being dissed by a woman at work and does not have a good comeback (reply to the critical remark). Katrina gives Cindy an idea of how to diss the woman at work, but Cindy decides to just ignore that person. Please note that dissing someone should not frequently be used in daily situations and people should always be careful. Unless it's a joke, dissing someone could provoke a very extreme reaction in a person.

*Comeback – a quick reply to a critical remark

http://languagesystems.edu/
Posted by Michelle at 1:10 PM